The experiment
The manufacture of gas diffusion electrode
Production process of gas diffusion layer. The acetylene black, graphite, activated carbon by 6: 3: 4 mass ratio with 20000 r·min-1 mixer evenly mixed, a certain amount of 30% (w, mass fraction) of teflon emulsion is mixed with the corresponding amount of ethanol (anhydrous ethanol, analytically pure), and than the two mixtures were uniformly blended and applied to the side of the foamed nickel, bake in an oven at 150 ℃ for 30 min.

Production process of catalytic layer. First, acetylene black, graphite, activated carbon, manganese dioxide by 2: 7: 9: 54 mass ratio with the same speed mixer evenly mixed, then a certain amount of 30% teflon latex mixed with appropriate amount of ethanol, and than the two mixtures were uniformly blended and applied to the side of the foamed nickel, bake in an oven at 150 ℃ for 30 min.

The baked electrode is naturally cooled to room temperature, A 0.1 mm thick teflon film was attached to the gas diffusion layer side to prevent the electrolyte leakage. Finally, the electrode is rolled and the thickness is about 0.5 mm.

The pretreatment of ethanol
Teflon film teflon membrane immersed in ethanol solution, and then at 150 ℃ conditions, the ethanol completely volatile, observed throughout the process of teflon membrane morphology changes. 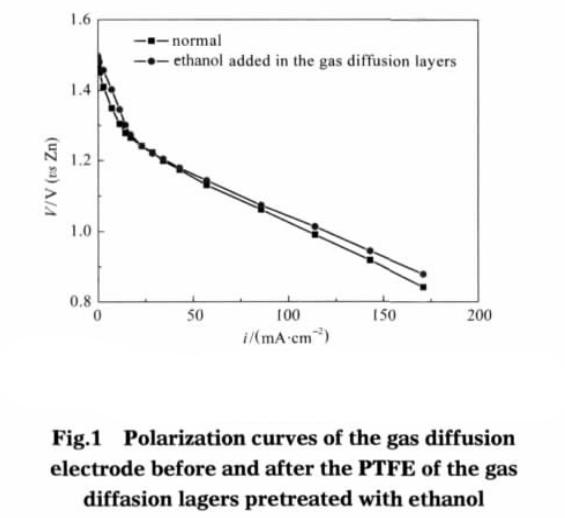 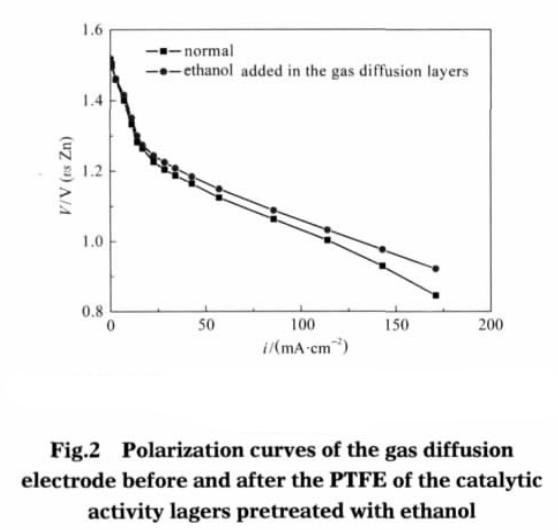 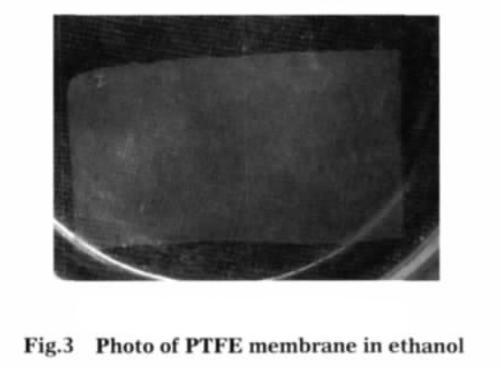 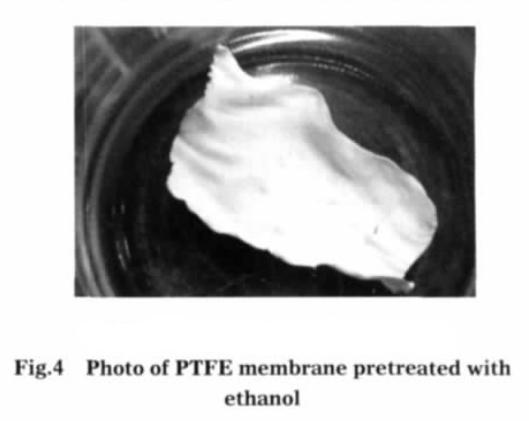 Figure 7 is BET test results, the straight line is based on p/(Q (p0 – p)) as the ordinate and  (p/p0) as abscissa.  The BET equation can calculate the gas diffusion electrode single saturated adsorption amount, Vm and Vm characterization of specific surface area: 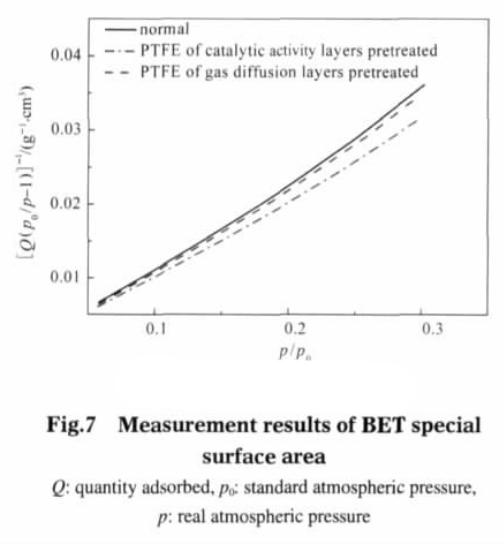 The calculated results show that the specific surface area of the electrode catalytic layer is 41.6962 m2 · g-1 after pretreatment; The diffusion layer was pretreated followed by 37.6578 m2 g-1; Untreated electrodes, specific surface area is 36.6563 m2 g – 1.. Figure 8 shows the Langmuir test results, with p/Q as the ordinate, p as the abscissa. By the Langmuir isotherm adsorption model equation calculates the Vm (m2 g – 1). 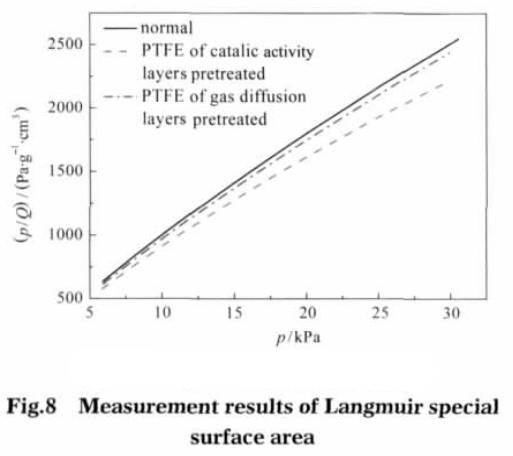 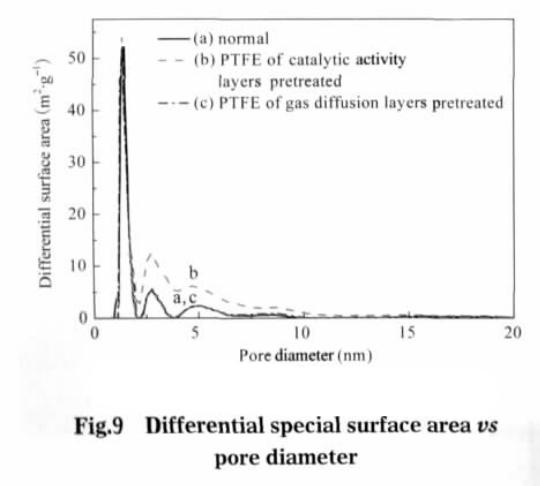 The best content of ethanol
As ethanol is first mixed with teflon emulsio, there should be an optimum ratio between the amount of teflon emulsion and the amount of ethanol added. Figure 10 is ethanol electrode discharge performance of teflon emulsion with different ratio. It can be seen from figure 10, teflon emulsion with ethanol ratio of 4:1, the quality of the work in the same current density of gas diffusion electrode polarization potential minimum. The reason is the amount of ethanol added is too low, teflon expansion is not sufficient, the gas diffusion electrode pore formation did not achieve the best condition; Ethanol added too much, may lead to the initial bonding between the electrode powder material is not borne by the teflon, but by the ethanol, after high temperature drying, the original particles temporarily bonded by ethanol will relax, or even fall off, to the opposite effect. 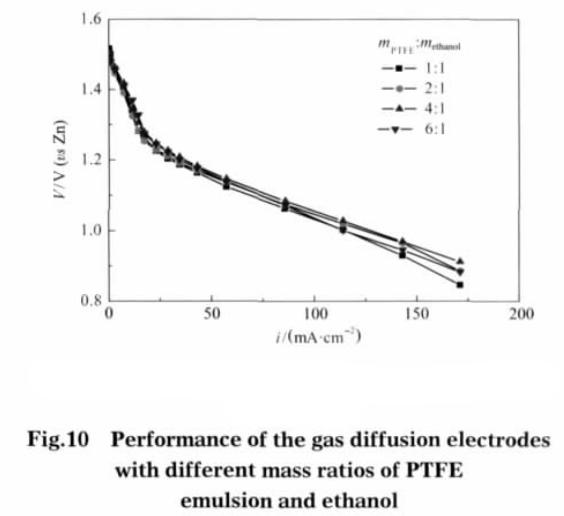 If you need more information about our products, please contact us: infocorefrp@gmail.com ,our engineers will answer you and provide free samples.